In November 2013 I had an opportunity to participate in the exhibition Travelling Art. Old City 2013 in Valencia. The exhibition was organised on the occasion of the Valencian Festival of the Arts Ciutat Vella Oberta 2013 and took place in Hall Cátedra, on the Plaza de los Pinazos in Valencia. Works by artists from all over the world taking part in the exhibition were shown also on the screen situated in the old city of Valencia.
Exhibition was curated by Victoria Cano. 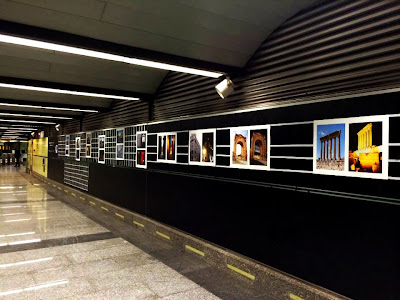 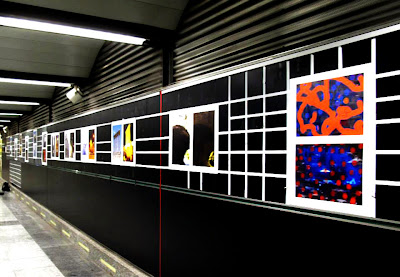 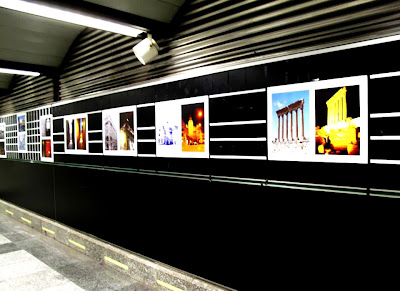 By: Lola Fischer No comments:
Email ThisBlogThis!Share to TwitterShare to FacebookShare to Pinterest

"The subways of creativity", April 2013, Valencia

In April 2013 I participated in a very interesting project, linking conceptual art, installation and literature, The subways of creativity.
The exhibiton Shared artist's book was organised on the occasion of The International Day of the Book, and it took place in the Faculty of Fine Arts of San Carlos in Valencia and in the library of the Polytechnic University of Valencia, from 23rd to 30th April 2013.
The project was coordinated by Victoria Cano. 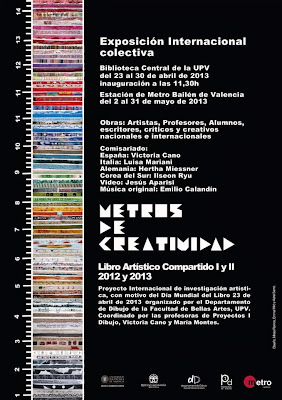 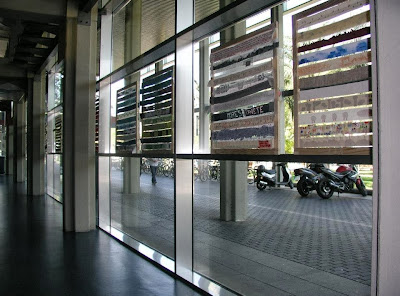 This year I had an honour to be one of 120 semi-finalists in Celeste Prize 2013. My work Camouflage was selected from among 1717 works by the curator Barak Ami. 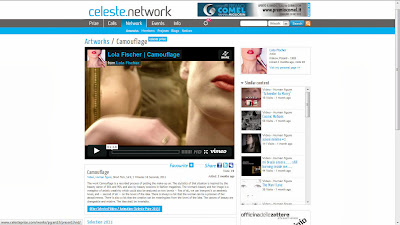 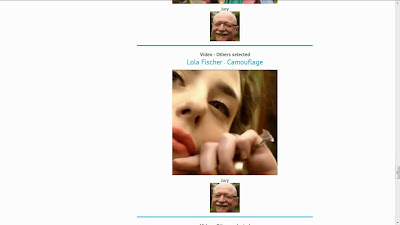 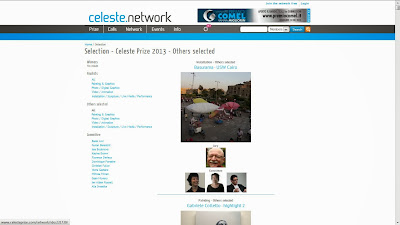 The work Camouflage is a recorded process of putting the make-up on. The stylistics of that situation is inspired by the beauty canon of 80’s and 90’s, and also by beauty sessions in fashion magazines. The woman’s beauty and her image is a metaphor of artistic creativity which could also be analyzed on two levels – first of all, we can interpret it on aesthetic level, and – second of all – on the level of the idea. There is always a risk that the woman can be a prisoner of her attractiveness. There is also a risk that the creation can be meaningless from the level of the idea. The canons of beauty are changeable and relative. The idea shall be invariable.
By: Lola Fischer No comments:
Email ThisBlogThis!Share to TwitterShare to FacebookShare to Pinterest
Newer Posts Older Posts Home
Subscribe to: Posts (Atom)

Hi, I’m Lola. Welcome to my art blog! I’m a visual artist, working in many different mediums and techniques. I’m focusing mainly on painting and graphic art. The main inspiration for me is the condition of human being and its complexity. Click the logo to visit my official website. If you want to write me an e-mail or just say hello, use a contact form on my website or leave a comment here if you like.